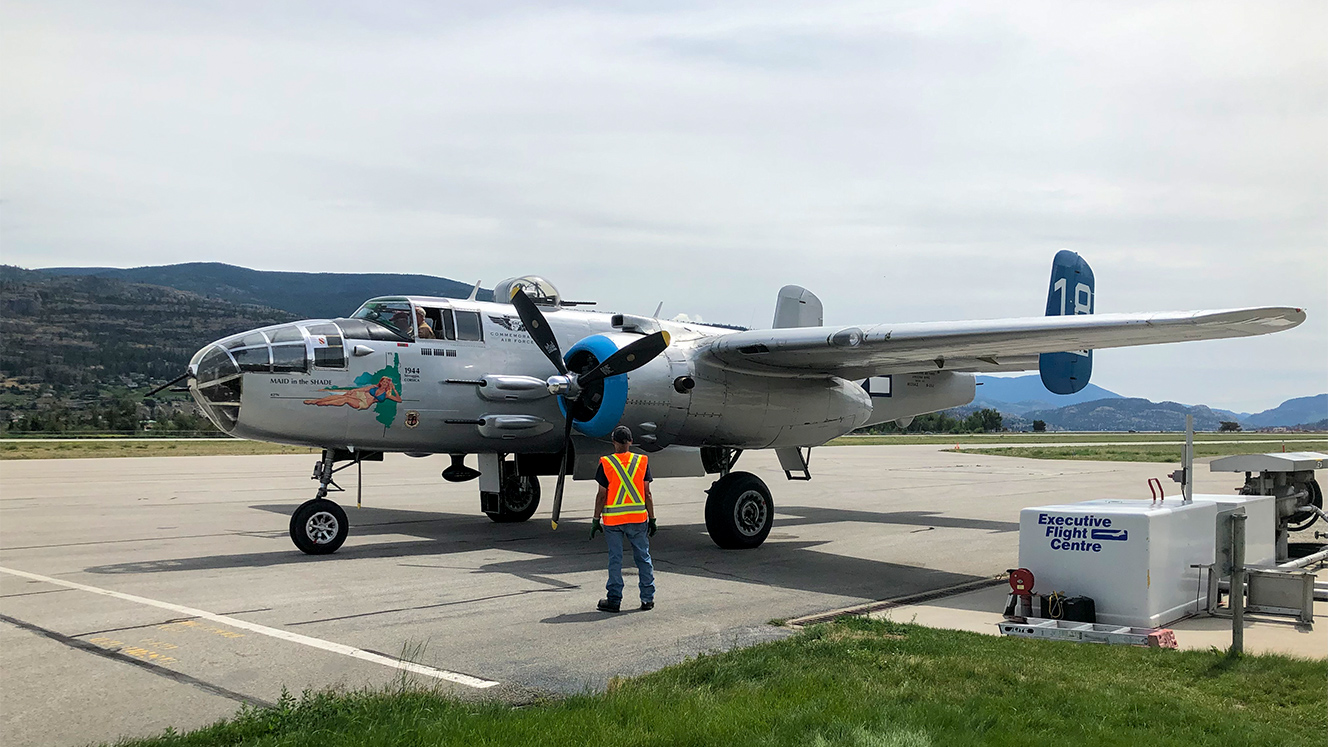 Our Kamloops (YKA) and Penticton (YYF) locations had the unique experience of fueling the iconic WII B-25 “Maid in Shade” and B-17 “Sentimental Journey”. Both aircraft were in Kamloops from July 1st to 7th and then in Penticton from July 8th to 14th. This was part of the Arizona Commemorative Air Force Museum’s “Flying Legends of Victory Tour”, which offers the public an opportunity to tour the planes or go for rides. The “Flying Legends of Victory Tour” starts in June and ends in October.  To take a look at the schedule go to https://www.azcaf.org/tour/

Built in 1944, the B-25J “Maid in the Shade” was developed by North American Aviation and used mainly as a low altitude strafe and skip bomber. Nearly 10,000 B-25s were produced and the B-25 Mitchell “Maid in the Shade” is one of 34 still flying today.

Designed for daylight precision bombing, B-17s flew unescorted bombing missions over Europe for much of the war. B-17s were legendary for their ability to return home after taking brutal poundings. They dropped over 640,000 tons of bombs over Europe. A total of 12,731 B-17s produced by Boeing, Vega, and Douglas.  Sentimental Journey is one of eight B-17Gs around the world still flying today.