Welcome to our Industrial Charter Terminal known as T3.

The next time you plan to visit Edmonton come and experience the Executive Flight Centre level of service. 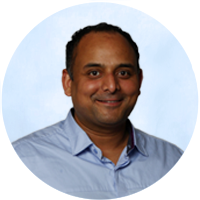 Amit Shinji joined Executive Flight Centre in 2011, in the role of Operations Manager for EFC’s Terminal 3 in Edmonton, AB.

Amit has recently moved into the role of Base Manager for all of EFC’s Edmonton bases and oversees customer service, ramp, fueling, safety, hangar, logistics, and terminal operations. Amit has worked in the aviation industry since 2007. During that time, he gained a vast range of experience and knowledge through his various roles.

In his previous roles, he has worked as an Operations Coordinator with Airport Terminal Services, worked with Canadian National Railways and graduated from the University of Toronto with a Bachelor’s of Science in Physics. During his free time, he enjoys spending time with his family. He also enjoys long walks and visiting new places.